We are proud of the people who keep the doors open at Powell River Therapeutic Riding.

Head Instructor – Shannon Durant
Shannon has been instructing at PRTRA since 2009 when her family made the move to Powell River from the Sunshine Coast. She loves coming to work everyday because of the kids.
She has her ‘Special Education Assistant ‘ certification and continues to take courses in working with and teaching people with disabilities. We congratulate her on achieving her Intermediate level CANtra (Canadian Therapeutic Riding Association) Coaching certification in September 2014.
Shannon is almost fearless. She is not afraid of bears on the trail, cranky horses or getting lost. When Shannon is not busy horsing around or being a hockey and karate mom, Shannon and her family can be found exploring Powell River’s back country. 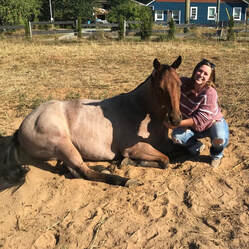 Claire joined the team at PRTRA in April of 2022. Claire currently is certified at the Basic Instructor level through CanTRA (Canadian Theraputic Riding Association) and working hard to puruse the next few levels. When not at PRTRA you can find Claire with her own horse, or exploring the back country. 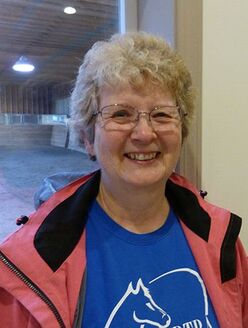 Eileiah moved to Powell River in 2004 and was thrilled to see that we had a therapeutic riding program here.
She began volunteering at PRTRA in January 2005, was hired as a barn contractor in 2011 and became our Barn Manager in 2015.
She has Equine Emergency First Aid and in 2015 she successfully became a certified Equine Massage Therapist. Our horses have benefitted greatly from this therapy.
Eileiah loves the horses, but more importantly, loves this organization because of all the great people that make it happen. She often quotes one of our long time volunteers, Owen: “come for the horses, stay for the people and kids!” 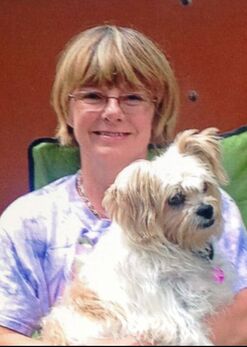 Donna joined our team in September of 2017, she has volunteered with us since 2015.
Donna moved to Powell River in 2013 from Alberta.
She grew up on Vancouver Island and has always had animals in her life so the PRTRA is a great fit for her. She also enjoys hiking and camping.